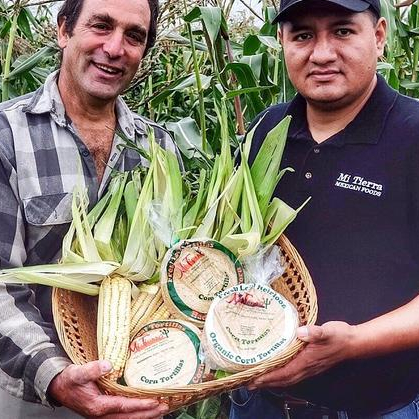 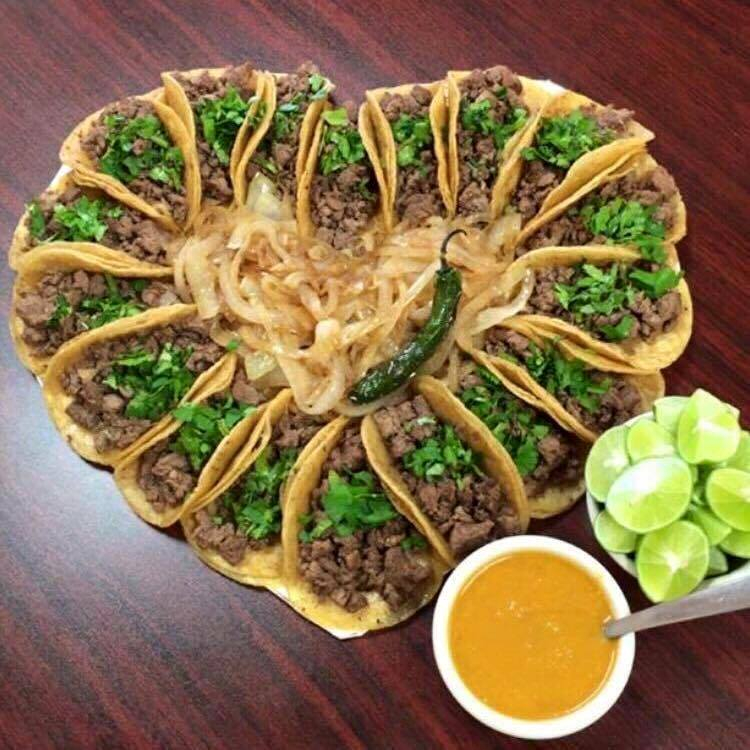 Back in 2013, Michael was an organic farmer and an avid fan of the food served at Mi Tierra Restaurant in Hadley. Jorge and Dora cooked delicious authentic Mexican food in a family setting. Michael brought his family there regularly, (mostly after soccer practices when healthy food is much appreciated!) During meal time at the restaurant Jorge and Michael began to talk about the lack of good tortillas in New England. Wouldn’t it be great if we could make them from fresh local corn. This was where the idea of Mi Tierra Tortillas began.

In 2014 a fire ravaged the building that housed Mi Tierra restaurant, burning the entire building to the ground, including their newly purchased tortilla making machine. Jorge and Dora needed to build back everything they had lost. They searched for a new home for the restaurant while making tortillas for sale by hand. Michael sold the tortillas at his farmer’s markets that winter and Jorge and Michael began to plan the business of Mi Tierra Tortillas.

Mi Tierra Tortillas uses the ancient methods of Nixtamalization. We use locally grown organic corn, to bring you the freshest, best tasting tortillas available to the east coast. Corn tortillas are a big part of traditional Mexican culture and being able to recreate the authentic approach in New England is a dream come true for the whole family.

Mi Tierra tortillas are famous all throughout New England and for good reason. Jorge & Michael started making tortillas together in 2014 after a fire ravaged Jorges Mexican restaurant Mi Tierra and they needed a way to build back everything they had lost. Using ancient methods of Nixtamalization and locally grown 100% organically certified corn, the dynamic duo worked out a way to bring the freshest best tortillas available to the east coast. Corn tortillas are a big part of traditional Mexican culture and being able to recreate the authentic approach in New England is a dream come true for the whole family. We at Mi Tierra tortillas pride ourselves in bringing the highest quality product at an affordable price for as many people as possible.
Practices
We source both our organic & conventional corn from small farms throughout western mass. Corn makes up most of the tortilla and is the most important part of the flavor so why not make it the best corn around. Not having to ship products far means fewer energy costs and less impact on the environment. All of our ingredients are 100% certified organic and non-GMO and all of our food scraps get composted.