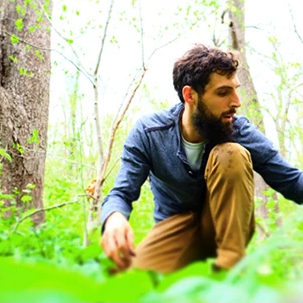 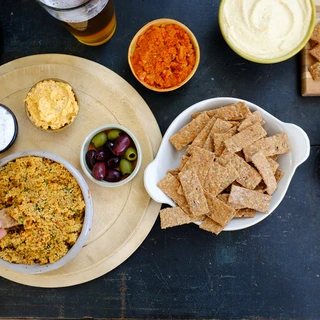 Brewer's Crackers
Contact: Kyle Fiasconaro
Address: 63 Berkeley St., #2 Somerville, MA, 02143
Email Address: kyle@brewerscrackers.com
Website: www.brewerscrackers.com
About Us
Ever since I was a young boy I have felt most comfortable in the kitchen. My father owned a bagel store so I grew up in and around the food industry. Eventually I followed this path and became a cook and forager, working in some of the country's top farm to table restaurants and dedicating myself to local food.

Having been in the food and beverage industry for years, I befriended brewers from around the country. I found that we all had one common struggle; food waste. We all hated wasting product.

When biking to work one day in Brooklyn, New York, I witnessed thousands of pounds of spent brewers grains from a local brewery being thrown out, right outside of an adjacent bakery. The smell of the fresh grains and the bakery next door led me to wrack my mind for what could be done to ”Eat” that beer. What started out as a small project grew into a mission.

In the kitchen, this lent itself to creativity and I began cooking with leftover brewers grains, creating everything from spent grain bread loaves to granola. After seven years of recipe testing, I have finally created something people truly love...Brewer's Crackers. From concept to creation, to the flavor, people connect with this product and our goal to use this valuable byproduct to its full nutritional potential.
Practices
Brewer's Crackers is a "spent grain" cracker company driven to reducing food waste in the craft brewing industry.

Spent grains are a valuable by-product from the beer making process. When making beer, brewers steep super high-quality grains, like barley, in water. They then strain this mixture, keeping the liquid to make beer and discard the "spent" grains. Turns out, these grains are still incredibly flavorful and the steeping process actually unlocks valuable nutrients.

We recycle these grains into our crackers and combine them with 100% whole wheat flour. Our goal is to rise above other cracker companies by providing our customers with an honest, healthy, sustainable, and delicious product.